An exhibition about the Czechs in Šumadija 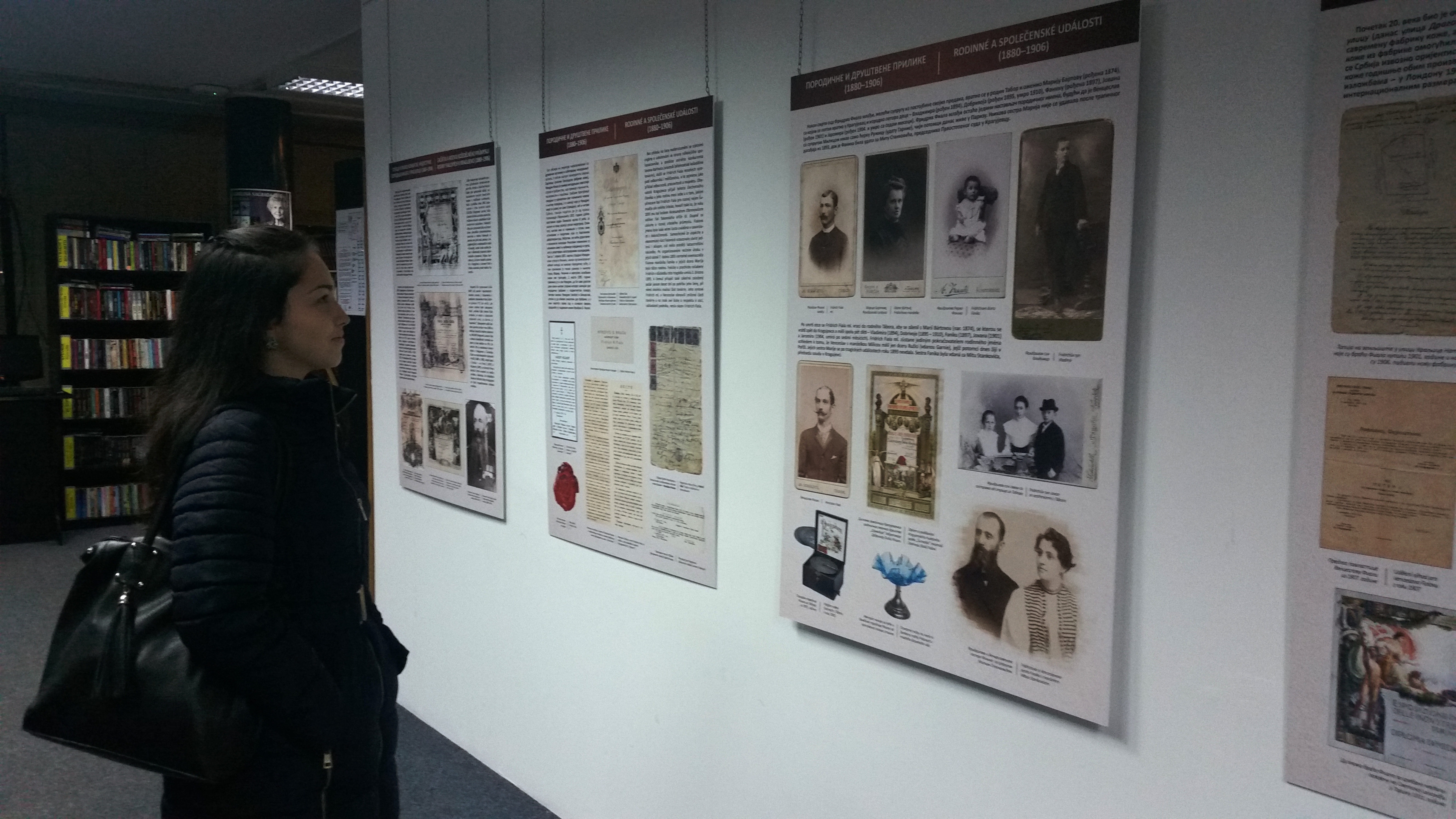 During the Days of Czech culture in Kragujevec on 10th of October, 2016, the opening of the exhibition dedicated to Czech family Fialových took place. Fialovy family  came to Kragujevec in late 70s of the 19th century started a successful business in these times underdeveloped Serbia and soon was among the most important and richest industrialists in the country. The ceremonial opening, took place at the premises of the building of the National Library "Vuk Karadzic 'in Kragujevec ,attended students of Czech language in Kragujevac, along with their teacher Jan Zorbič.

The honor guest at the opening was the Ambassador of the Czech Republic in Serbia, Her Excellency Mrs. Ivana Hlavsová. Opening of the exhibition was accompanied by a lecture given by the author of the exhibition Nenad Karamijalković, who is also the author of bilingual book Česi u Srbiji i Crnoj Gori i Česi u Šumadiji  (Czechs in Serbia and Montenegro and the Czechs in Šumadija), which was created on the basis of the support of the Office of the South Moravian Region for Interregional Cooperation. The exhibition was organized by the association of Czechs in Šumadija.

Few pictures from the opening at the our gallery.