JMK at the General Asembly of PURPLE platform 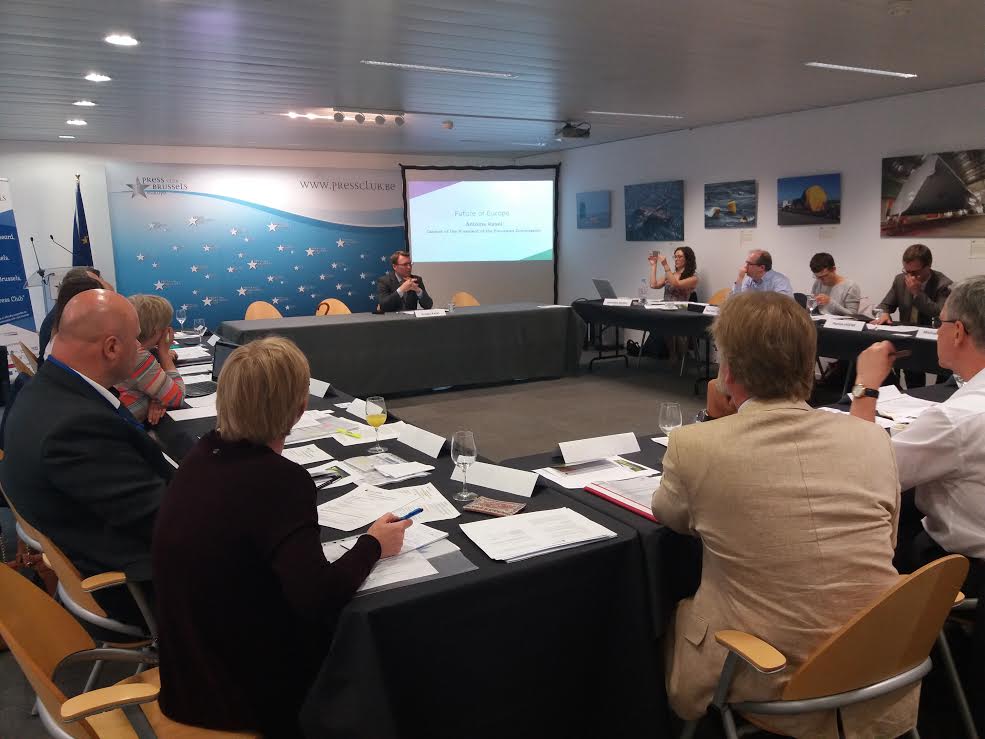 On 27th of June 2017, the South Moravian Region participated in the General Assembly of the PURPLE network in Brussels. The General Assembly, where our region politically represents a member of the Council of the South Moravian Region Mr. Miroslav Kubásek, evaluated the activities of the network in 2016, approved the plan of activities for 2017, including the involvement  of network in the implementation of the projet called ROBUST under the Horizon 2020. In addition, political leaders elected Executive Board of PURPLE network for the next two years, members were informed about involvement in other projects and several occasions of interregional cooperation. All the participants then had a unique opportunity to discuss the future of the EU with the adviser of the President of the European Commission Mr J. C. Juncker, Mr Antoine Kasele, who deals, for example, with the legal and budgetary questions, regional policy and the European Commission's relations with the Committee of the Regions.

As part of the next program, councilor Mr. Kubásek also participated in the two-day 7th Cohesion Forum in Brussels, aimed for top European policy makers. In particular, it discussed the future of European cohesion policy after 2020 and the preparation of the next framework period (FP9). For example, the European Commissioner for Regional Policy, The Commissioner for the Budget, the President of the European Commision, J.C. Juncker, and the Minister for Regional Development, Mrs. Karla Šlechtová performed at the Forum.

Together with the representatives of the region, Mr. Counselor met personally with the President of the PURPLE Network, Mrs. Helyn Clack, and Mrs. Geraldine Mateu, Secretary General. The PURPLE network is a European network of periurban regions, of which the South Moravian Region is a member. More information can be found at www.purple-eu.org