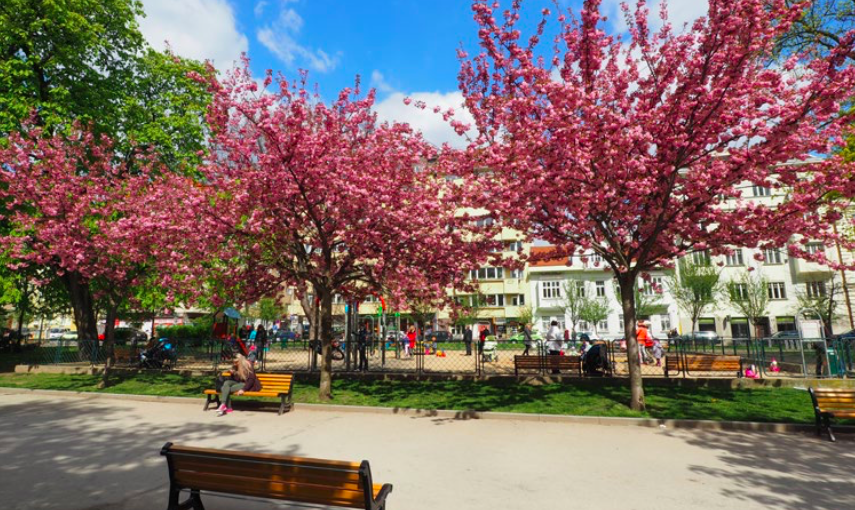 Brno won the gold medal in the Entente Florale Europe 2017 European Flower Competition. It was the first time in the 40-year history of the competition, when the Czech city was awarded the first place. The jury composed of international experts appreciated not only the quality of greenery and nature care in the city, but also eco-level, tourism services, and public involvement in environmentally-friendly projects. Representatives of the City of Brno took over the award on 22nd of September in the Slovenian town of Podčetrtek, where a ceremony was held.

"The success in this prestigious European competition has confirmed the high level of care for greenery in Brno.  This prestigious award for Brno is a challenge for the further development of greenery and the creation of a clean and healthy environment for life and a unique opportunity for a positive presentation of the city in Europe , "said Deputy Mayor for the Environment Martin Ander (Green).

The expert jury visited Brno on 14th of July and had the opportunity to see, for example, the premises of the New Town Hall, the TIC Brno Information Center, the Špilberk Castle Park, the Hlídka Environmental Education Center, the parc Pod Plachtami in Nový Lískovec, which represents an ecological approach to rainwater management, the lively town park Lužánky and the town district of Medlánky, where community activities and protected areas were presented. Besides parks, green corners and gardens, the jury was also interested in waste management and whether people sort garbage, how the city is good for tourists or how they lead their inhabitants and especially children for ecological behavior.

Portfolio of city of Brno can be seen here. On this occasion, Brno announced a photo competition for the general public. The aim was to document the flowering surroundings (eg courtyards, front gardens, ornamented windows or balconies). You can find the photos of from the competition on the facebook page @BRNOmycity

This international competition is organized by the organization "Association Européenne pour le Fleurissement et le Paysage" (AEFP), a non-profit organization based in Brussels. Project is known since 1975 and was established by the two flower superpowers- France and Great Britain. They placed emphasis on the flowers  the floral decoration of towns and villages, and the order and cleanliness of settlements. Over the course of time, the campaign of the competition gradually expanded to promote the provision and development of a favorable environment for settlements, the creation and development of functional residential greenery but also a sustainable social life, economical and cultural as well with the involvemenet of broader public.  Other European countries joined the competition, with 12 European countries (including the Czech Republic) currently participating, each broadcast one of its representatives as a village and a city; the competition criteria were gradually extended separately for municipal evaluation and for city evaluation. The Czech Ministry of the Environment has been the guarantor of the Czech participation in this international competition  and since the very beginning (2002) of the Czech participation in the competition, the Society for Landscape and Landscape Design, the civic association (SZKT) has been the organizator of the competition. More about the competition here.More about the competition can be found here.

(Illustrational picture: Porfolium of city of Brno for the Entente Florale competition )