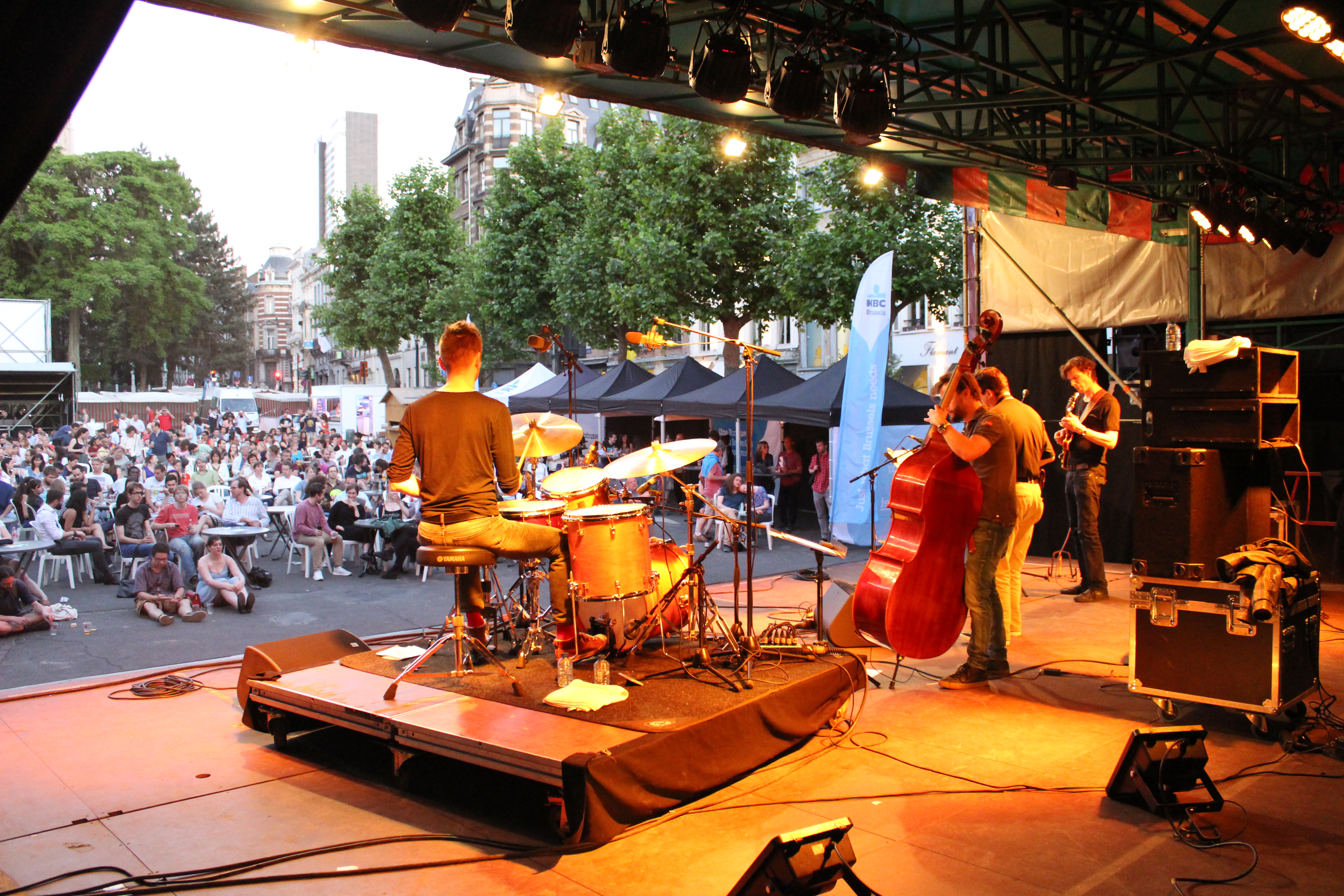 Supporters of quality jazz music had the opportunity to visit over 200 concerts in the very center of Brussels from 26th to 28th May 2017. The Brussels Jazz Weekend Festival also presented the only Czech band - Vilém Spilka quartet. This jazz band from Brno performs classics of Czech country music in an unconventional jazz arrangement. Musicians gained great success among the visitors of the festival at Place Sablon.

Vilém Spilka Quartet is a highly acclaimed jazz band on the Czech scene. Their music is a combination of classical jazz and folk with a bit of experiment that adds a whole new sound to the old famous songs that you would not expect in a jazz setting.

Vilém Spilka Quartet was created in 2013 as one of the other joint projects of Vilém Spilka and Radek Zapadlo. Their current performance resemble the years of joint performing, almost the telepathic interaction of both musical friends, but at the same time it examines the new musical material from the pen of musical composers of all sorts of genres and their own workshop. Their debut album Podvod was released in 2016 at Indies Happy Trails Records and comprises eight of the most famous songs by the Czech singer Jan Nedved, to which the band adds a completely new arrangement.

Take a look at some great pictures from the Brussels performance in our photogallery!