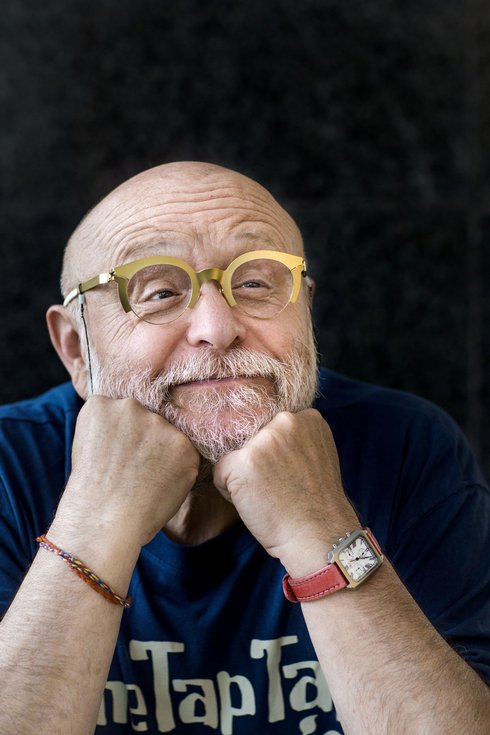 Representation of the South Moravian Region to the EU in cooperation with the Czech School Without Borders Brussels, the Czech Centre in Brussels and the Permanent Representation of Czech Republic to the EU, would like to invite you to a meeting with Mr. Arnost Goldflam, a leading Czech actor, director and writer.

Fairytale Saturday and Sunday for pupils and their sibling of Czech Schools Without Borders Brussels will be held during the weekend of 11th to 12th February. More information can be found at the attached invitation.

On Monday and Tuesday 13th to 14th February will Mr Goldflam read for Czech pupils at the European School in Brussels More information about the event can be found at the at their website.

Meeting with Mr. Goldflam for general public will be held on February 13th  from 19:30 pm at the premises of the Permanent Representation of Czech Republic to the EU. Admission is free, registration is obligatory at slavickova@czech.cz. Debate wil be at the Czech language.

Goldflam was born in Brno in a family with Jewish background. He was an avid reader as a child and decided to dedicate his life to art, and it is no wonder that during his studies became part of JAMU Brno bohemians. Briefly worked at the satirical theater Evening Brno and in amateur theater X, that do not exist anymore. The most remarkable period of his job was working in Brno (formerly Prostejov) HaDivadlo during the years 1978 - 1993. He significantly had helpedto create the Brno cultural scene as a director during his career. Since the mid-80s Arnošt Goldflam began to be regular part of the cast in minor television and film roles. He appeared for example at the czech classis movies as  Něřný Barbar, Vyžilý boudník, or Bumerang, but the greatest acclaim with the film Dědictví aneb Kurvahošigutntág and Lotrando a Zubejda, where he appeared in a small role of trader with Czech jewelery. Although Goldflam began to appear in small roles in the czech theater Na provázku already during his university studies. He considers his acting career as  marginal. He is currently considered to be one of the most important Czech theater authors, he has written more than 50 plays and dramatizations that significantly moved forward theater field. He is also the author of successful books for both adults and children.

Where: Permanent Representation of the Czech Republic to the EU, rue Caroly 15, Ixelles

We look forward to seeing you!